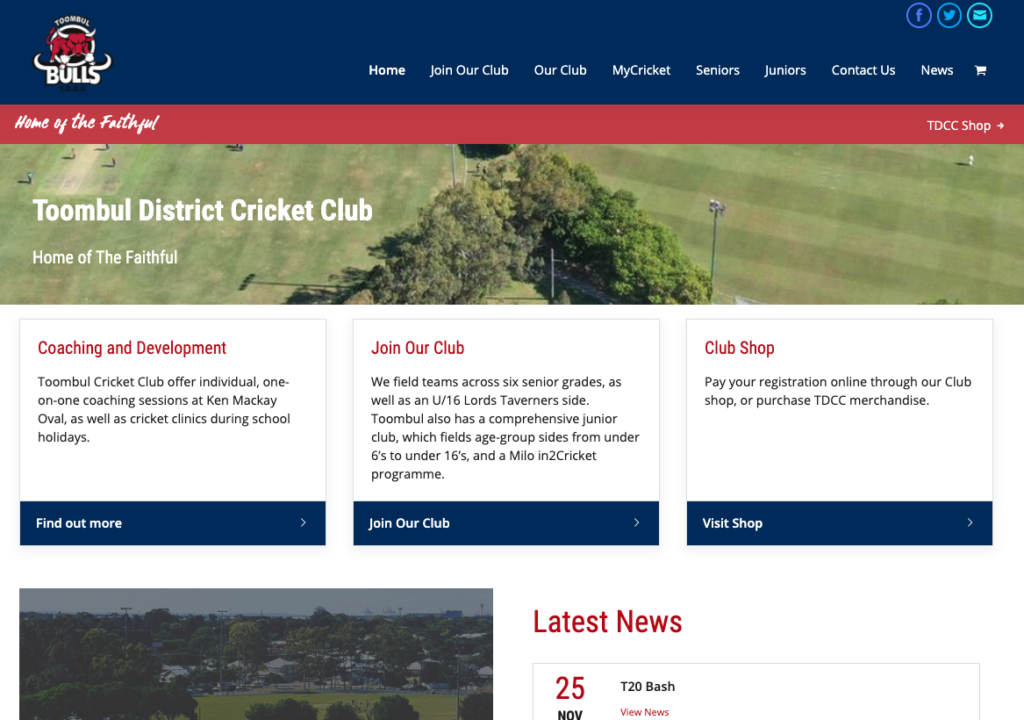 Clearshot Media Partnered with the Toombul District Cricket Club to produce a new website for the Northern suburbs sports team.

We completely re-designed their website from scratch. From producing low fidelity concepts to completion. Liaising with the club to make sure the website was precisely as they wanted.

We created an eCommerce store to sell their Bulls merchandise and equipment. As well as a link to live-stream the Bulls games. Making sure the latest news and results took centre stage.

The Toombul District Cricket Club (Toombul DCC or simply TDCC) is a Queensland Cricket Association cricket club. Which competes in the Queensland Premier Cricket competition, the top level of cricket played in Queensland.

The Queensland Premier Cricket competition has grade levels from Premier Grade to Sixth Grade. With Toombul fielding teams across six senior grades, as well as an U/16 Lords Taverners side. Toombul also has a comprehensive junior club, Toombul DCC – Juniors which fields age-group sides from under 6’s to under 16’s, and a Milo in2Cricket programme.

Toombul is equal with Souths as the most successful cricket club in Queensland, having secured 21 Premier Grade premierships in its history, the most recent coming in the 2012/13 season.

We are really proud to have partnered with the Toombul District Cricket Club, Click the button below to check out their website.